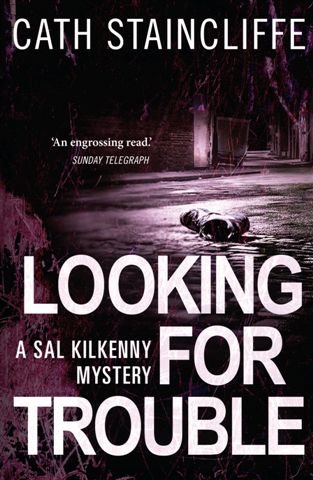 She’s a single parent. A private eye. And liking it. Until, that is, Mrs Hobbs turns up asking Sal Kilkenny to find her missing son.  Sal’s search takes her through the Manchester underworld, a wasteland of deprivation and petty theft, of well-heeled organised crime and, ultimately, murder. Would she have taken the job on if she had known what she was getting herself into?

Actually, yes. Sal is on fire with a desire to see justice done and to avenge the death of a young lad whose only crime was knowing too much…

This is the first Sal Kilkenny mystery, serialised on BBC Radio 4’s Woman’s Hour and short-listed for the CWA Best First Novel Dagger

‘Struggling single mother Sal Kilkenny is compassionate, gutsy, bright enough to know when it’s clever to be scared and tenacious as a Rottweiler. Cath Staincliffe’s tour of the mean streets and leafy suburbs of Manchester reveals the city to be a natural successor to Marlowe’s Los Angeles.  With a cast of characters drawn from the gutter to the high ranks of business and officialdom, she probes the city’s underbelly in an exciting tale of corruption, exploitation and brutality’ Val McDermid

‘An instantly attractive heroine’ A Shot In The Dark

‘An excellent thriller’ The Big Issue

‘A writer with energy, wit and a point of view. Stand back and watch her go’ Literary Review