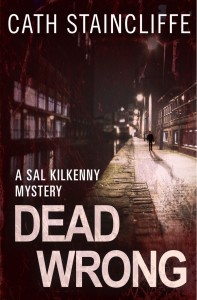 Against the backdrop of Euro ’96 and the soundtrack of Oasis, a summer of terror begins.

Sal Kilkenny has two very frightened clients on her hands. Debbie Gosforth is the victim of a deranged stalker while teenager Luke Wallace is afraid he might be a murderer as he has, allegedly, stabbed his best friend Ahktar Khan to death.