A group of strangers take seats in the same carriage on a train journey from Manchester Piccadilly to London Euston not knowing that their day will turn out to be a day unlike any other. A day of terror and the fight for survival, of horror and humanity. When I was developing the story, I knew I wanted to tell it from several different and increasingly connected viewpoints. As the journey progresses the characters become familiar with their fellow passengers, form opinions about them, strike up conversations and this lays the ground for the traumatic events that follow. I had used several narrators in some of my previous novels – usually three or four – but this time it was going to be nine. Yes, nine. That’s a lot of different voices to convey and it would be a challenge to make it work so the reader didn’t lose track and muddle them up, or want to skip over some of the sections.  Before starting writing, I spent several weeks working solely on the characters. I aimed for a diverse range of people, different ages and ethnicities, with varying roles and responsibilities, but they had to be more than stereotypes or ciphers, they needed to have some depth, to have quirks and flaws, foibles and secret dreams. It was up to me to know what they looked like on the outside (that meant browsing lots of images online to ‘cast’ the parts and printing off photographs) and what was going on inside their heads. Building, or uncovering, character is a process with all my writing but I suppose in this case there were a lot more people to create. Once that was done as thoroughly as possible, I could start writing and planning how the different stories would interweave though at that stage I didn’t know the fate of all the characters – that became clearer as the novel progressed, growing out of the writing. The nature of the story meant that not everyone would survive and choosing who did and didn’t was not easy but made sense within the logic of the story. 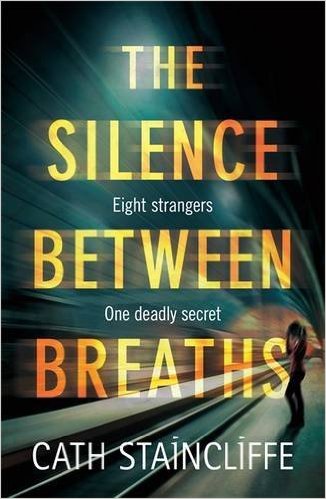 7 thoughts on “The Silence Between Breaths”