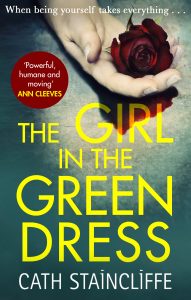 Hello, you’ve reached the website of Manchester based, crime writer Cath Staincliffe. I’m the author of the Sal Kilkenny private eye stories and creator and scriptwriter of Blue Murder, ITV’s hit detective drama starring Caroline Quentin as DCI Janine Lewis. I write the Scott & Bailey books, based on the much loved ITV1 police series. My standalone titles, psychological fiction, explore the lives of ordinary people caught up in extraordinary events. Thank you to everyone who has borrowed, bought or downloaded one of my books. Happy reading.

Looking to give a book as a present? Here are some more titles that I’ve loved this year.

South of Darkness by John Marsden

The Tin Can Tree by Anne Tyler

Do Not Say We Have Nothing by Madeleine Thien

Abide With Me by Elizabeth Strout

Hearts And Minds by Amanda Craig

The Fireman by Joe Hill

Songs for the Missing by Stewart O’Nan

A Quite Life by Natasha Walter

The starting point for a novel, the spark that ignites an idea, varies. It can be a location that sets my imagination alight or an item in the news, it might be a particular image, or a question that is troubling me. The Girl in the Green Dress sprang from something very close to home, my experience as a parent of a transgender child. In the novel, teenager Allie Kennaway heads off for Prom night, cheered on by dad Steve and her little sister Teagan. But Allie never comes home, beaten to death in an apparent hate crime because of her transgender identity. I’ve written about hate crimes before, crimes rooted in racism, in Stone Cold Red Hot and Split Second. But never about a transphobic crime. When I shared early chapters of the book with my writing group, people found it illuminating – no one had friends or family who were transgender. And I realised there weren’t many transgender characters in the fiction I’d read (with some notable exceptions like Breakfast on Pluto and Tales of the City read years ago and more recently the wonderful The Sunlight Pilgrims). I had a lot to learn myself, from my child and from reading information on transgender advice and support sites. Crime fiction is renowned for being a very effective genre for exploring social issues and contemporary hot topics and with this novel, at a time when increasing numbers of young people are questioning their gender identity and turning to gender identity clinics for support and health care, I wanted to shed some light on what it is like to have a transgender child, and hopefully to increase understanding of transgender issues.
The big question I ask in the book is how far you would go to protect your child – what if you suspected them of involvement in a terrible crime? Is your duty to keep them safe and shield them? Or to respect the law and make them take responsibility for what they’ve done? The parents involved have very different responses to the dilemma. Responses that put the search for truth and justice, for Allie and her family, in jeopardy.
And as is only right, the book is dedicated to my wonderful daughter Kit, the inspiration behind the story 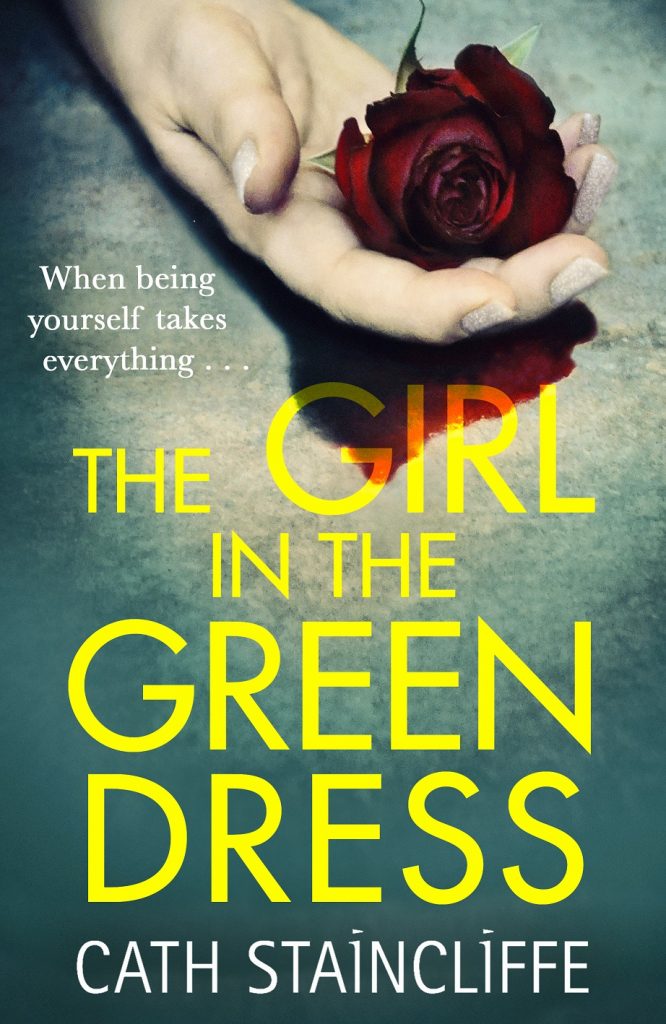 These were the books I read when I was away this year. All superb, all very different. Enjoy!

My Name Is Leon by Kit de Waal

The Muse by Jessie Burton

The Dry by Jane Harper

I read as widely as I can, my only criteria is a good story. By that I mean a satisfying narrative, characters who draw me in (I don’t have to like them but I do have to be interested in them) and a well-realised setting or world where events unfold. This latest selection includes contemporary and historical fiction as well as some crime novels. But, whatever the genre, in my opinion they’re all criminally good. See what you think.

My last blog described writing about victims and survivors in my novel The Silence Between Breaths which examines a terrorist attack and its impact on people caught up in it. Nineteen days after posting that blog came the brutal attack on Manchester, where I live. The response of people to that violence, the shared humanity and compassion and resilience have been humbling – and also made me so proud. This poem, written sometime ago, says something of what I feel about my adopted city.

from Peterloo showering bread and roses

all hard knocks and wild ambition